Understanding Yourself and Others

Effective leaders are comfortable within themselves. Both outgoing, quick witted leaders and quiet, thoughtful people can be effective leaders. People follow people who are clear, confident, and know them selves.

The origins of the Enneagram are hazy, but an early church father is thought to have put out the original ideas.

The Road Back to You by Ian Morgan Cron and Suzanne Stabile provides an overview of the nine types and their nuances. Most importantly, since the Enneagram has Christian origins, it is more useful for personal and spiritual development than it is for psychological profiling.

I am a Five with a strong Four—just so you know why I write observations so much and prefer reading and researching. Don’t ask about the Romantic side 😉

Ian Morgan Cron has partnered with a company for Enneagram assessments.

As you go deeper, you discover that 9, for example, may have a relationship with 8 and 1. All three are in the “anger” triad. Each deals with the anger that began in childhood differently. They call these “wings”, so you could be 9 with an 8 wing, for example, which will describe you in more details.

Even that is simplified. However, each number has a healthy side and an unhealthy side. It becomes important to your growth and spiritual journey to recognize when you are healthy and when you are not. Then you have work to do to get to healthy.

Also, we all have some of each number. So in the mixture comes an occasional misunderstanding. Depending upon the assessment, I can come up with a strong 9. But upon reflection, it is really a manifestation of 5 where I take time to digest things, think about it, see both sides of the issue, and so on.

The purpose of the Enneagram is not just to know your type, or your significant other’s type, or the numbers of your co-workers. It is to do the work of growth and spiritual development. It never ends.

This is one of those weeks. Flew to Orlando late Sunday for the 24th annual ARC Advisory Group Industry Forum (my 23rd). Up early Monday and met with at least 20 people spending most of the day sitting. Dinner with a group from 7-10 pm. Back to the hotel room (I am staying about a 25-minute walk from the conference hotel, so I get some exercise). In bed after 11. Up at 5:30 to get ready, walk to the conference hotel, and then sit through an hour of breakfast and company presentations.

Then came the keynote presentations. Usually these are theoretical and can be boring. But today the leader of the Information Technology group and the leader of the Operations and Manufacturing group from Dow spoke about working together in order for the corporation to meet its goals.

These two organizations within a company typically do not like each other. Each thinks of the other as a roadblock to good organization. Each thinks the other doesn’t understand their needs and expertise. (Actually, there is some truth to that.)

No matter what sort of organization you work at, you’ve no doubt seen where bickering and misunderstanding between different groups leads to a dysfunctional organization. Without strong leadership from the top, the organization, whether for-profit or not-for-profit, will not serve its customers and investors and will ultimately fail.

The point was that these two executives shared the story about how the two organizations broke down the barriers between them and worked together to achieve the corporate goals.

The “secret sauce”? Communication. They had adjacent offices. Saw each other daily. Had meetings. Brought teams together. Later I talked with several people at the conference who also were impressed with the presentation–both the way it was delivered as a conversation between the two and in the results achieved.

Communication. Cooperation. Try it in your organization.

Leadership As Getting Outside Yourself

I once wrote on leadership every Friday on another of my blogs. Then I felt as if I’d run out of anything meaningful to say. Publicists offer me books to read in order to review. I’ll share one I just received Friday–Formula X: How to Reach Extreme Acceleration in Your Organization by Jurriaan Kamer and Rini van Solingen. It was published in Dutch last June; the English edition will be available Jan. 28.

It is European, so the protagonist is known as a Managing Director rather than General Manager or COO. And the conceit regards Formula 1 racing.

I say protagonist because while the book is about leadership and organizational change, it is written as a story or “fable”. In that regard it reminds me of The Goal by Eliyahu Goldratt.

The protagonist is bright, yet clueless. The story weaves business and personal problems. And it is through learning from how a Formula 1 racing team operates that he learns how to organize the company, build teams, and achieve goals. It is only out of despair that he finally wakes up, gets a clue, and builds a winning team and relationship with his wife.

Sort of a journey from micromanager to orchestra conductor, if you will pardon the change in metaphor.

Whereas Goldratt was building a Theory of Constraints for optimizing production (it’s a 1980’s book, but still valid), Formula X steps back and looks at organizing the company and all its silos and disfunctions. It’s a blend of Lean and SCRUM (from programming) and Holacracy and other newer ideas.

The model is FASTER (as in racing cars must become…).

The authors use such Lean principles as Respect for People, daily stand ups (quick meetings), a form of 5S, using the people to find root causes of problems along with experimenting to find solutions.

Podcasts–Working Smarter and Intelligent Use of Technology

Ways of organizing a company and organizing work fascinate me. I loved Jason Fried’s book, now almost seven years old, Remote: Office Not Required. Much work can be organized so that a worker does not need to commute to an office. Even in manufacturing we have technologies such as connected AR and remote vision and apps where engineering experts need not even be in the plant to troubleshoot a problem.

Matt Mullenweg founded Automattic and WordPress. His bi-weekly Distributed podcast explores the world of distributed work. The latest is an interview with Jason Fried. It’s worth a listen.

Jason Fried, the co-founder and CEO of Basecamp, collects mechanical watches. He appreciates their simplicity. He once wrote in a blog post, “When I look at my watch, it gives me the time. It asks nothing in return. It’s a loyal companion without demands. In contrast, if I look at my phone for the time, it takes my time. It tempts me.”

Speaking of podcasts, here is my latest, number 201. You are an engineer in a factory or plant. The machine or process is down. Production has stopped. The general manager is yelling. The CEO has vowed to investors, customers, and media that he’ll sleep in the plant until production is back up. I’ve never had it as bad as the people at Tesla with Elon Musk beating on them, but I’ve lived that life.

I helped start a magazine with the stated editorial goal of writing about the intelligent application of automation.

After several years of Internet of Things, cyber-physical systems, Industry 4.0, digital twins, digital transformation, I think it is past time to look at our projects in terms of how do we employ technology intelligently for improved profitability, work conditions, quality, customer satisfaction, supplier satisfaction, and environmental sustainability.

Thank you to my sponsor for another year–Inductive Automation. Doing Good—The Other Side of Automation Fair

Do not throw up your hands and mutter about “kids these days.” That’s a disservice. I am at an event sponsored by the technology supplier Rockwell Automation called Automation Fair. By the way, the company’s 28th annual gathering and my 22nd visit. The numbers of younger people, women, and “minorities” attending increases every year, and this year kept the trend up and to the left. But back to the kids. The company sent out a challenge through various social media to students inviting them to invent something that would solve a social problem. The top three were given an all-expense trip (with parents) to Chicago to attend Automation Fair.

These three gave the best presentations of the day–content, presentation skills, poise, command of the audience. Yes, they had mentors, but that’s the key. Instead of complaining about kids, give them a useful challenge and then mentor them.

One project solved a problem with sump pumps not keeping up with ground water resulting in flooded basements. Areas of the US had large amounts of rain this spring and early summer flooding many basements. Many of the audience probably wanted to sign up to buy one.

Bullying remains a serious problem in schools (and other places where kids congregate). One young inventor came up with an anti-bullying backpack. It included a battery pack, two wifi-enabled web cameras, and communication. In a bully situation, the owner could quick-call an authority (parent, administrator, whatever) and show live video of the bullies. It also records to the cloud.

Sanitation kills more people throughout the world than just about anything else–lack of sanitation, that is. In many places, people just defecate in the street or wherever. Simple toilets requiring little to no water to operate widely available would save millions of live. The third young inventor actually invented such a device.

Make a difference. Find a way to mentor someone. Make it a discipline. 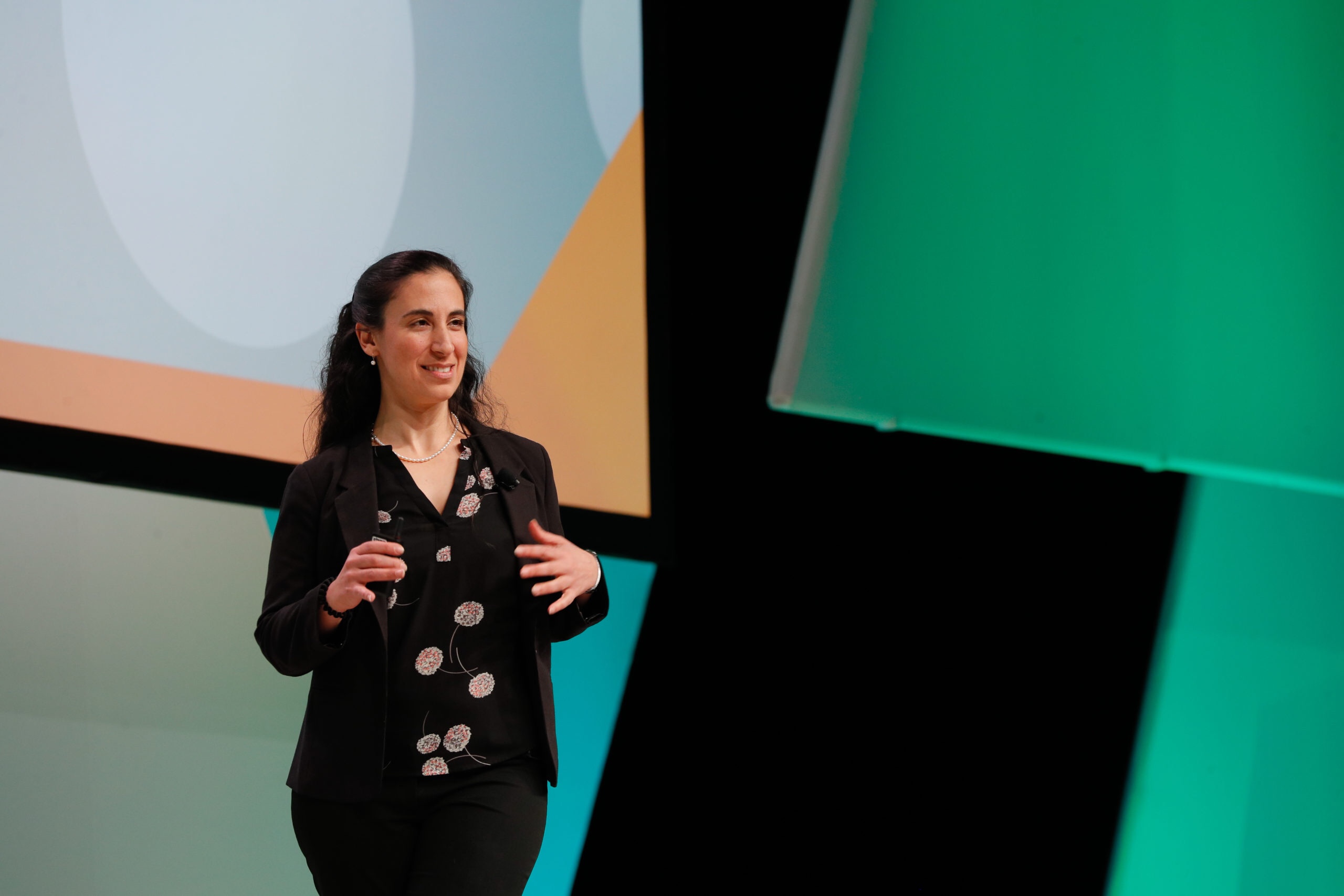 One last thing, Maria Kassarjian, executive director of Edesia, spoke on the efforts of her company, by the way using automation technologies from Rockwell, to create nutritional food packs to be sent to areas where malnutrition is a huge problem. The products contain peanuts, a nutritionally dense food, for both nourishment and also to introduce infants to nuts in order to reduce the prevalence of nut allergies.

Here is my latest podcast. You can also subscribe in Apple Podcasts, Overcast, or other podcast sites.

From Clark Griswold’s cereal crunch enhancer to some of my experiences in engineering and manufacturing, I ponder how we need to work to benefit our customer and our society rather than being harmful and hurtful. Brought to you by Ignition 8 from Inductive Automation.